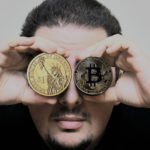 Cryptocurrencies are here to stay. 2018 Is as we expect going to be the year that a lot of people will gain more wealth due trading cryptocurrencies.

On January 15 2018, Wall Street bankers will receive their bonus over 2017. What coins would possibly attract them to invest in? In other words: in what coins should you invest WITH them? We have made this top 5 and no, Bitcoin is not one of them.

This is a speculative post. We don't give any advise on investing or trading any of the here mentioned assets. Please note that you are taking the risk on your own. Coinissimo can not be held accountable when you lose your money. Only trade or invest with money you can afford to lose. 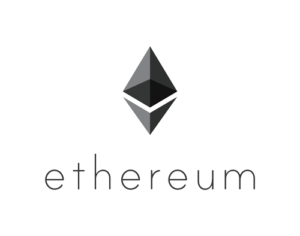 Currently Ethereum is the second largest currency and it has to be added to this list. The best thing (and the main difference) with Bitcoin is the support for smart contracts. When compared to Bitcoin, a sole currency, Ethereum is so much more than that. Its tech - the blockchain - is not only suitable for fast money exchange (Ether) but also for connecting applications to the network.

A small list of possibilities the Ethereum blockchain covers:

Ethereum is the second largest coin compared to marketcap. Ethereum is a decentralized platform that runs smart contracts: applications that run exactly as programmed without any possibility of downtime, censorship, fraud or third party interference. In the Ethereum protocol and blockchain there is a price for each operation. The general idea is, in order to have things transferred or executed by the network, you have to consume or burn Gas. The cryptocurrency is called Ether and is used to pay for computation time and for transaction fees.

Give OmiseGo some time and we are sure that it will be on of the most promising crypto-projects. Omise is an existing company in Asia and has a strong team backing it, including the founder of Ethereum Vitalik Buterin. OmiseGo has some very promosing partnerships with Asian Banks.

Here’s what OmiseGo is:

OmiseGO is building a decentralized exchange, liquidity provider mechanism, clearinghouse messaging network, and asset-backed blockchain gateway. OmiseGO is not owned by any single one party. Instead, it is an open distributed network of validators which enforce behavior of all participants. It uses the mechanism of a protocol token to create a proof-of-stake blockchain to enable enforcement of market activity amongst participants. 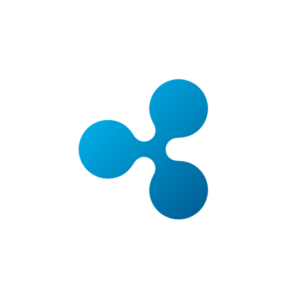 Contrary to almost any other currency in the Top 100 CryptoCoins, Ripple is not a decentralized network but managed by one party. You can see of Ripple as a payment service created for large oversees transactions. By cooporating with big boys like American Express and Banco Santander the value of Ripple has risen in the last few months of 2017. Currently at the number 3 hotspot in the Coinissimo Cryptocurrency Marketcap.

So what makes #Ripple different from #Bitcoin then? This is a small list we've found on Reddit:

Great animated GIF from twitter about how fast transactions are taken care of compared to other cryptocurrencies: 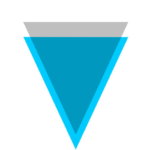 What makes a good coin great? Privacy! There are not a lot of coins that preach privacy amongst the top 100 crypto's. #Verge is a coin that is comparable to #Monero. They both aim for the best privacy of its users.

But why Verge and not Monero on the number 2 spot in our Top 5 for 2018? Well, the wonderful people at Steemkr.com couldn't have said it better than this:


This graph shows you the latest price for #XVG:

Tron is a blockchain-based protocol for a free content entertainment system, allowing  each user to freely publish, store and own data, and in the decentralized autonomous form, decides the distribution, subscription and push of contents and enables content crea

tors by releasing, circulating and dealing with digital assets, thus forming a decentralized content entertainment ecosystem. Tronix is an ERC20 token based on the Ethereum blockchain, acting as the basic unit of account on the platform. Currently the price is trading at around $0.11.

So, why is #Tronix the number 1 in our top 5? Well, here are a few things you need to know about the founder Justin Sun:

When you are investing in a public company, you will have to know who is behind it so you review the members of the board, the advisors, check the financials they released, press releases are read, etc etc.

Tron(ix) is run by a person with a great resumé. This gives us a lot of confidence.

On top of that, Mr Justin Sun stated on Twitter that Tron Network has signed a partnership with Boafeng Group - the Chinese netflix:

We #TRON are proud to announce the partnership with Baofeng group. Baofeng, aka Chinese @netflix, boasts more than 200 million users as a video portal giant and has achieved 8 billion CNY listing in Shenzhen stock exchange (300431.SZ). https://t.co/f9MJZcmSDD #TRX $trx pic.twitter.com/jZJF32mmvi

And as of January 12, Justin Sun tweeted having a new whale joining the #TRX team:

Conclusion: in which cryptocurrency can I invest?

So, bottom line.. If you are looking for a short term gain you might want to step in to the cheapest coins you can find and after buying you should open a sell order at a higher price.

If you are looking for a longer term investment, Tron could be the one you are looking for. The team is backed by Justin Sun who has a resputable career already. The Tron network has a very big customer in Boafeng Group with over 200 million users.

So why isn't #Bitcoin in this Top 5? Well, to be honest there is more than one reason:

We care for your opinion. Join us in the discussion groups or on the forum. Create your free account using the form below!

This is a speculative post. We don't give any advise on investing or trading any of the here mentioned assets. Please note that you are taking the risk on your own. Coinissimo can not be held accountable when you lose your money.

Coinissimo is a cryptocurrency platform where traders and interested people van discuss and collaborate on the subject. Use the form on the right to open account and receive 250 cTokens* to join groups and participate in our forums.

*) cTokens stands for "Coinissimo Tokens" and are not a cryptocurrency that can be traded. cTokens are a credits system that can be earned and spend on our website alone when members are active.